Today I gave a talk to the Senior Center on Women and Heart Disease. I arrived a little early to get set up, review my material, put out my handouts. The crowd slowly filtered in. I recognized several faces of patients I had worked with in Cardiac Rehabilitation over the years. I strolled over to a couple and said hello, took a few minutes to chat on their health since I last saw them.

As I began to do my lecture, I quickly realized I would need to adapt my materials to the audience. These were very elderly folks. Talking about lifestyle and prevention of heart disease wasn’t going to be the same watch your dietary fats, stop smoking, moderate exercise talk I have frequently given. This talk needed to be more specific to the elderly. OK I decided I would focus on causes of heart problems,  blood pressure, sodium, signs and symptoms, emergency action.

Surveying the crowd, I could see severe Osteo and Rheumatoid Arthritis, in a few in the crowd. I spoke to the non traditional causes of heart disease, including Rheumatoid and Lupus. I discussed the importance of keeping moving, engaging the muscles to help the heart. This hit home to many. How to stay active in an aged body with worn out joints. Sit and be fit, using your body as a gym, hidden forms of exercise, stairs instead of elevator, walk a little further from parking space, walk around grocery store before shopping.

Then I started discussing other causes of heart problems with the elderly including anemia. There was one lady in the crowd who I knew I worked with in the past but didn’t get a chance to say hello to before the talk. When I started in on  anemia and how it contributes to heart problems she quickly began nodding her head, tapping her friend on the hand, and whispering. After the talk she told me how I saved her life. She had been coming to cardiac rehabilitation but wasn’t progressing, was fatigued and didn’t want to exercise. On the day she was referring to she came in visibly short of breath, pale and not feeling. A quick review of her vital signs showed her breathing rate was elevated, her blood pressure a bit low, lung sounds were normal, EKG was normal. I wouldn’t let her leave and go home, nope something wasn’t right. I called the doctor who felt she was just old and not progressing. I wasn’t satisfied with that response, so contacted her primary care provider and told him I must follow my gut. I had worked with many and could tell the difference between someone who just didn’t want to work at getting better versus having a true problem, and I knew in my gut something was wrong. I pleaded to at least get her in to his office that day for a blood work up. Low and behold she had a GI bleed going on  and her blood counts were bottoming out. Her hemoglobin was 4. We traditionally intervene with blood transfusions when it falls to seven. It was a miracle this lady was able to walk in the door and complain that she didn’t feel up to exercising. She hugged me over and over today, thanking me for saving her.

Advocating for the patient, following my gut, preventing further health issues from escalating. This is what the Cardiac Rehabilitation staff does daily. The rewards of providing patient care are not necessarily immediate gratification, but sometimes many years later, coming back to you when least expected. Today was one of those days, and I left that talk feeling satisfied in so many ways, not only was it a great lecture and discussion with lots of engagement from the group, but extra special due to the hugs of a woman who’s life I had made a difference in. 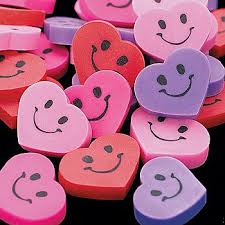 2 thoughts on “Making a difference”

Error: Twitter did not respond. Please wait a few minutes and refresh this page.