Working in Cardiac Rehabilitation it wasn’t uncommon for a spouse or significant other to come in with the patient on the first day or early on in their rehabilitation and voice concern about the patients memory. It is common during the first three months after open heart surgery to be forgetful, to not remember little things, to be frustrated easily. However, within three months these issues should improve. There are a number of people however who have a steady decline in what we call cognitive health or  show cognitive impairment. They begin to display progress symptoms of dementia. This is very real and it is very scary, for both the patient and the caregiver.

Postperfusion syndrome, also known as “pumphead” is an impairment of cognitive symptoms attributed to Open Heart Surgery. Symptoms of postperfusion syndrome are subtle and include defects associated with attention, concentration, short term memory, fine motor function, and speed of mental and motor responses. Studies have shown a high incidence of these issues soon after surgery, but the deficits are often short lived with no permanent damage and last only a few months. It is when the symptoms persist beyond the first few months are concerning.

The symptoms of pumphead include:

“Pumphead,”  refers to the state in which patients seem to linger after being hooked up to a heart-lung machine for open-heart or valve surgery.  The clinical term for pumphead is cognitive impairment after coronary artery bypass grafting (CABG). Other symptoms include poor recall, social difficulties and personality changes. Pumphead is when after an initial recovery of mental capabilities in the first few months, the condition often worsens later and persists for years.

Cognitive training may improve memory and reasoning in patients after CABG

A new study results confirm that older adults who undergo CABG experience postoperative cognitive decline but show that cognitive training improves memory and attention, suggesting that this training can be a useful rehabilitation tool.

Cognitive training is a “burgeoning business,” much of which involves computer-based puzzles and brain games. While there’s a lot of suggestive evidence of an association between mental stimulation and lower risk for dementia, “we need to do more science around it to find out what works and what doesn’t work,” 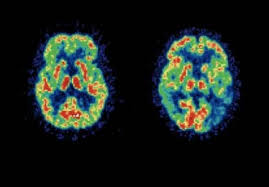 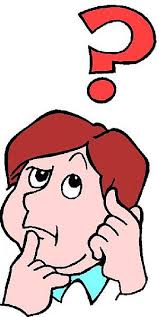 Is it Pump Head or Vascular Dementia?

Inadequate blood flow can damage and eventually kill cells anywhere in the body. The brain has one of the body’s richest networks of blood vessels and is especially vulnerable.

In vascular dementia, changes in thinking skills sometimes occur suddenly following strokes that block major brain blood vessels. Thinking problems also may begin as mild changes that worsen gradually as a result of multiple minor strokes or other conditions that affect smaller blood vessels, leading to cumulative damage. A growing number of experts prefer the term “vascular cognitive impairment (VCI)” to “vascular dementia” because they feel it better expresses the concept that vascular thinking changes can range from mild to severe.

Vascular brain changes often coexist with changes linked to other types of dementia, including Alzheimer’s disease.

Because vascular cognitive impairment may often go unrecognized, many experts recommend professional screening with brief tests to assess memory, thinking and reasoning for everyone considered to be at high risk for this disorder. Individuals at highest risk include those who have had a stroke or a transient ischemic attack (TIA, also known as a “ministroke”). Additional high-risk groups include those with high blood pressure, high cholesterol, or other risk factors for heart or blood vessel disease.

Professional screening for depression is also recommended for high-risk groups. Depression commonly coexists with brain vascular disease and can contribute to cognitive symptoms.

If brief screening tests suggest changes in thinking or reasoning, a more detailed assessment is recommended. A workup for vascular dementia typically include:

Caring for the patient in cognitive decline

So what do you do? You begin with working with your healthcare practitioner. Decide what type of workup is necessary. You find support groups especially if you are the caregiver. Denial makes it much worse. Know what to expect. Can the patient properly manage decision-making such as medication compliance, paying bills, driving, keeping up with taxes, etc. Are there therapies such as the cognitive therapy discussed above that would help?  Learn what resources that can help you. Involve the family in decisions. Will you need respite care so you can ensure safety? Explore long-term decisions, will my loved one need Assistive Living or dementia care facilities, are they affordable, is there a waiting list, etc.